Visual Novel / A Bridge to the Starry Skies 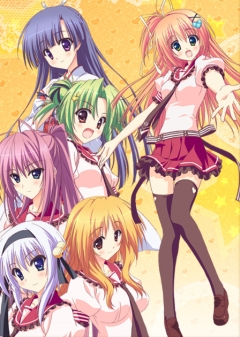 Kazuma Hoshino and his little brother Ayumu are moving to the countryside, to the small town of Yamabiko. Ayumu is sickly, and some country air will do him good. As they try to reach the Yoruzuyo Inn, the place where they'll be staying, Ayumu's hat is stolen by a monkey, leading to Kazuma to chase it down. In the process, he runs into Ui Nakatsugawa, and the two accidentally kiss. The next day, Kazuma discovers that Ui in his class, signaling the start of an exciting new life.

Originally a Visual Novel by Feng (creators of Akane-iro ni Somaru Saka), A Bridge to the Starry Skies (Hoshizora e Kakaru Hashi) was adapted into an anime in the spring of 2011.

US viewers may watch the anime legally at Crunchyroll.