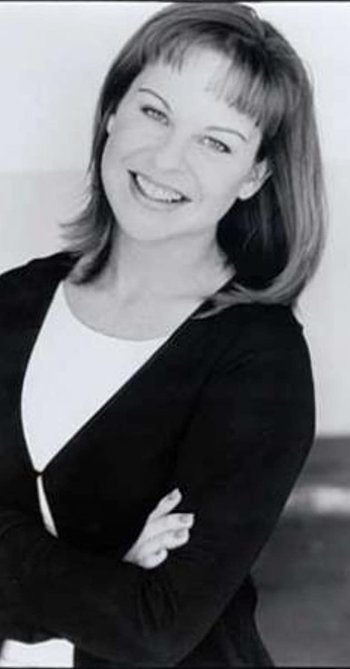 Allison Keith, also known as Allison Keith-Shipp, is an American voice actress born in Houston, Texas. She's known for working with ADV Films and with Sentai Filmworks, voicing Misato Katsuragi from the Evangelion series, Melissa Mao from the Full Metal Panic! series and as Leone from Akame ga Kill!. Allison has a BA degree in theater from the University of Houston. According to her in a Rebuild of Evangelion commentary, she is best friends with Spike Spencer and the two go way back since high school where they were in acting classes together.

She took a brief hiatus from voiceover work in order to raise her two children, a son and a daughter after doing work in Coyote Ragtime Show, returning back to voice Misato in the Rebuild of Evangelion series and Melissa in Full Metal Panic! Invisible Victory.

Nowadays, Allison’s in the real estate business as a certified realtor. Although she has no problems jumping in to do voice acting work depending on her schedule.

"Ah come on, why don't you give the tropers a break?"
"I just think they could use a little guidance."