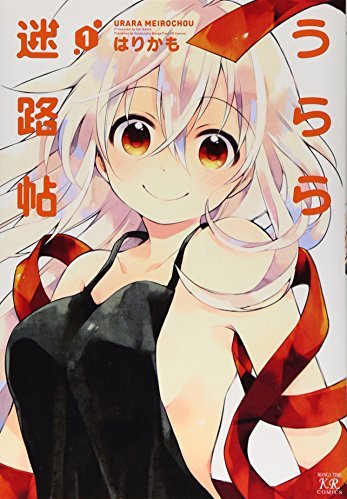 Urara Meirocho is a yonkoma manga by Harikamo and published in Manga Time Kirara Miracle! since 2014, moving to Manga Time Kirara as of October 2017. The series concluded in 2019, compiled into seven volumes. It received an animated adaptation by JC Staff in the Winter 2017 season, which ran for 12 episodes. In North America it is distributed by Sentai Filmworks and livestreamed by Anime Network.
Advertisement:

The series focuses on the Wild Child Chiya, as she ventures into the fortune-telling town of Meirocho to become an Urara and search for her Missing Mom.