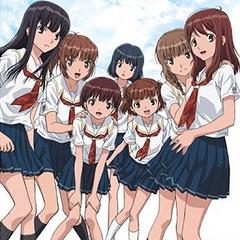 Kimikiss (キミキス / "Kissing You") is a dating simulation game for the PS2. Released by Enterbrain in 2006, Kimikiss has become a media franchise, including manga, Light Novel, and has been made into an anime as of 2007-2008 entitled Kimikiss: Pure Rouge.