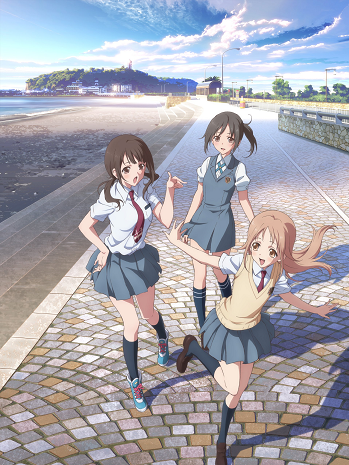 Tari Tari is a Summer 2012 Anime animated by P. A. Works. Centred around five high school students in their final year of high school, the story tells of the successes and setbacks they share as they strive to come to terms with both their past and future. Wakana Sakai once took music lessons, but she withdrew from music after losing her mother. Konatsu Miyamoto is a positive-thinking girl who loves singing and spends time after school at the vocal music club. Sawa Okita is a spirited archery club member who dreams of becoming a horse rider. Taichi Tanaka is a chronically late badminton team member who lives with his college student sister. "Wien" just transferred into Wakana's class after twelve years abroad in Austria. Music brings Wakana, Konatsu, Sawa and the others together into an ensemble during their last summer in high school.

Viewers may watch this on Crunchyroll

Tari Tari has also been for release in the US.