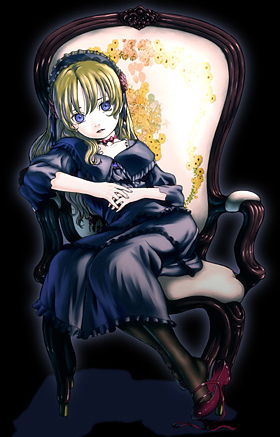 An art student in modern Japan becomes obsessed with a set of antiques, reflected in which he sees a little girl in Elegant Gothic Lolita dress. This leads him to down a dark path connected to a tragedy from centuries ago.

Taking tropes from the Gothic Horror genre, this three-part OVA was directed by Akiyuki Shinbo, and dubbed into English by Geneon.