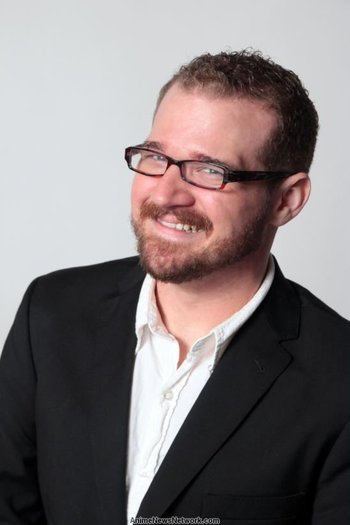 Josh Grelle (born November 2, 1985 in Clifton, Texas) is an American voice actor and ADR Script writer for ADV Films (now defunct), Funimation Entertainment, and now Seraphim Digital (the recording studio for Sentai Filmworks). They are best known for the voice roles of Kenichi Shirahama in Kenichi: The Mightiest Disciple, Koichi Hayase in Linebarrels of Iron and Fumikage Tokoyami in My Hero Academia.
Advertisement: