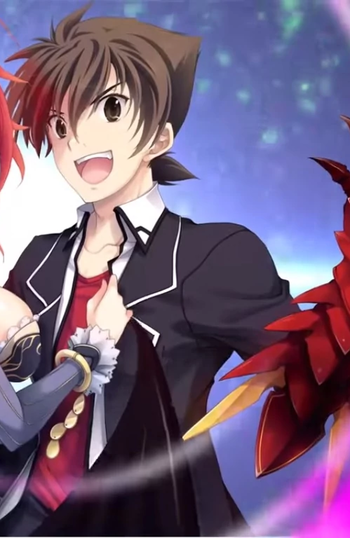 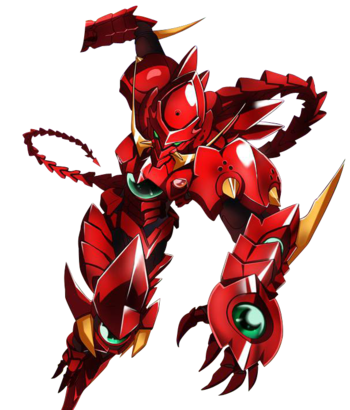 The son of Gorō and Miki Hyōdō, Issei is a high school student at Kuoh Academy, who's also a Chivalrous Pervert and a Lovable Sex Maniac. During his first date with Yuma Amano, it ends badly when Yuma reveals herself as Raynare and kills him, but not before wishing to die in the arms of a beautiful woman — a wish so powerful Rias Gremory gets to answer his call and transform him into a devil. He dreams of being a harem king, unknowingly already in the middle of being one.