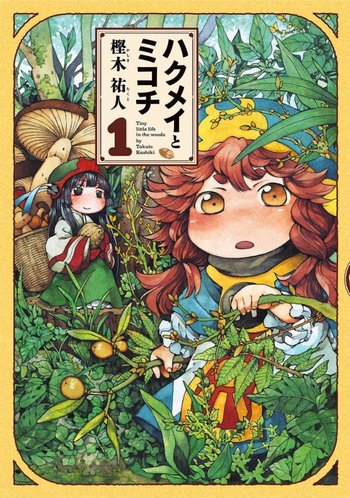 At heart, it's an Iyashikei work, focusing on the two namesake lilliputian girls' daily lives and adventures. Whether it's the daily chaos that follows the energetic, gluttonous Hakumei, or the good eats produced by the masterful hands of Mikochi, the readers are drawn into their tiny, colorful world (by our scale) and welcomed to stay.

In August 2017, an anime adaptation was announced, to be produced by Lerche Studios. It began airing January 12, 2018. An OVA was released in June 2018. The manga has been licensed in English by Yen Press, and the anime has been licensed by Sentai Filmworks and can be currently legally viewed on Hidive.