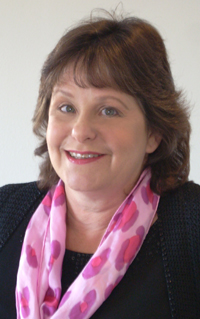 Rebecca Lynn Olkowski (born December 16, 1953), better known by her maiden name, Rebecca Forstadt, is an American voice actor who is best known for playing anime girls with sweet voices. It helps a lot that she really sounds like that in real life.

Her voice acting breakthrough came when she landed the leading role of Lynn Minmei in the English version of Robotech, the popular anime series of the 1980s; even now, the stage name "Reba West" lives in infamy. Since then, she has voiced dozens of other anime characters and has branched into non-anime cartoons, live-action shows (such as Masked Rider and Power Rangers Time Force), commercials and radio work, and has performed background voices for movies such as Antz, Dr. Dolittle, and The Santa Clause.