Visual Novel / The Labyrinth of Grisaia 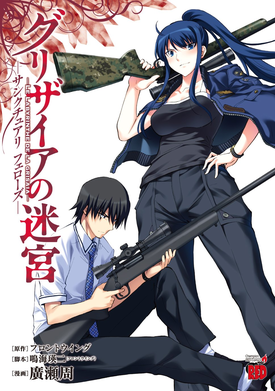 The Labyrinth of Grisaia (Grisaia no Meikyuu) is the sequel to the Frontwing title The Fruit of Grisaia. Declining to follow any ending, it instead follows a path not explored in the game in which Yuuji solved everyone's problems, but does not appear to have romantically committed himself. The beginning of the story establishes that he is unexpectedly attempting to gain a promotion, a detail of little apparent importance given that it is mostly an excuse to examine Yuuji's backstory.

The story is continued in The Eden of Grisaia, the third and final work of the Grisaia trilogy. As of June 2016, Meikyuu is officially translated and now available on Steam.