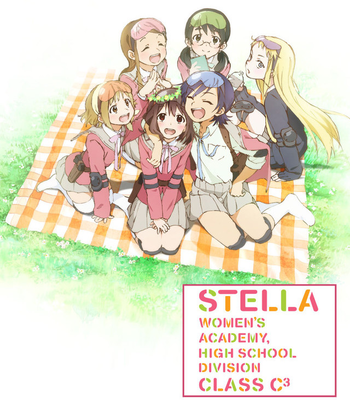 Yura Yamato has just recently transferred to the prestigious Stella Girls' Academy and discovers that it is difficult to find friends in her first day at school. After a chance meeting with a fellow student named Rento Kirishima, she is recruited to the school's airsoft club named C³-bu.note Military acronym meaning Command, Control, and Communications, which is also the club's motto. The story revolves around Yura's experiences as a member of the C³-bu and her interactions with her fellow members.

Compare and contrast with Sabagebu!, a shoujo comedy manga about an altogether different girl joining another club focused on model guns.