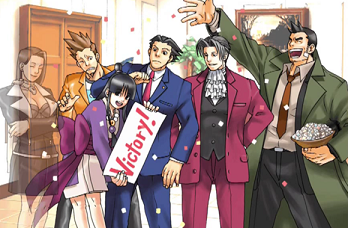 When a visual work (movie, TV episode, video game, etc.) ends with a group picture of the main cast, especially if it's an ensemble. For the authors, it provides a perfect way to capture the entire ensemble dynamics in a single frame—one that is guaranteed to stick in the audience's memory.

If the actual picture taking is replaced with a simple freeze frame, it is Freeze-Frame Ending.

Also, hilarity will often ensue, as some of the cast can miss the mark and look the wrong way or even intentionally prank each other. May be followed up by Photo Montage in the Closing Credits.

Anne and her friends take a group photo with the Amphibia gang prior to heading home.

Anne and her friends take a group photo with the Amphibia gang prior to heading home.