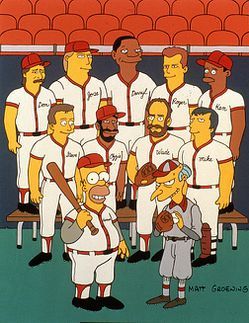 A Baseball Episode where Homer and his homemade bat carry the power plant's softball team into the championship game. However, Mr. Burns hires a team of Major League Baseball players to guarantee a victory and win a million dollar bet.