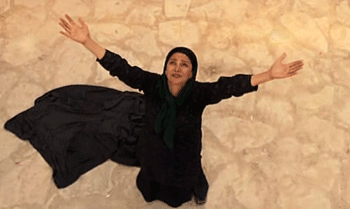 That trick when the camera slowly zooms out and gives an aerial view of the setting, as though it had taken off. Usually a Hat-and-Coat Shot, although there are exceptions.

Compare Astronomic Zoom, "Pan Up to the Sky" Ending and Fly-at-the-Camera Ending. Contrast Ending by Ascending, when a character does this instead of a camera.

Mario happily embraces the reconstructed galaxy and the camera pulls back to show such.

Mario happily embraces the reconstructed galaxy and the camera pulls back to show such.