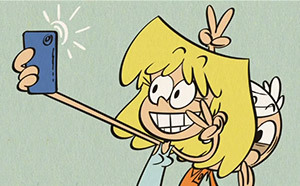 When a group of at least two people are getting their picture taken, at least one of them will stick their hand behind the other person's head with two fingers up, a la bunny ears. Alternatively done with shadow puppetry. Often done by pranksters and the like.