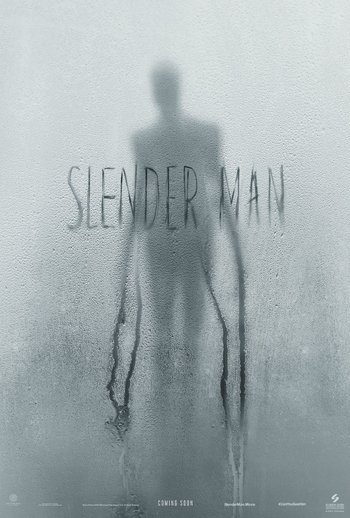 He gets in your head like a virus.
"Where is my daughter? People don’t just disappear."
— Hallie's father
Advertisement:

Slender Man is a film based on the character of the same name written by David Birke with input by Eric Knudsen and directed by Sylvain White.

The film is about a group of girls who are tormented by Slender Man (Javier Botet) after summoning him, and now must find a way to save their lives before he takes them.