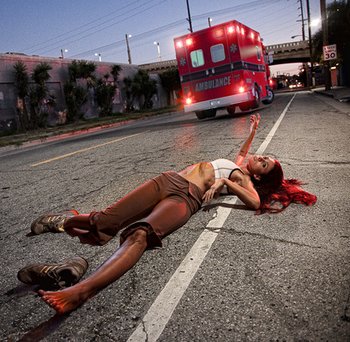 She just wanted a quiet life. Photograph by Nick Koudis

The ambulance rushing to the aid of the injured is a staple of any action show, a sign of hope or a proof that everything is "going to be okay", civilization is working.

So, what's more ironic than getting killed by one? When an ambulance runs down a pedestrian, it's a sign that things have fallen apart or whatever God in charge has taken a darkly comedic turn.