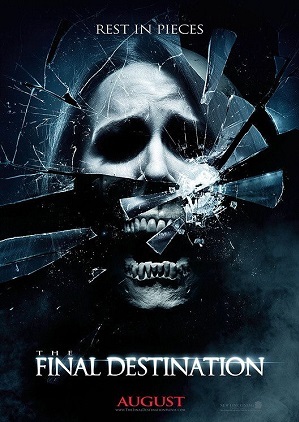 Nick and his friends are visiting a race car tournament when he receives a premonition of a car crash, setting off a chain reaction that causes the stadium to collapse. After escaping the accident, he soon realizes that he and his friends are hunted by Death.