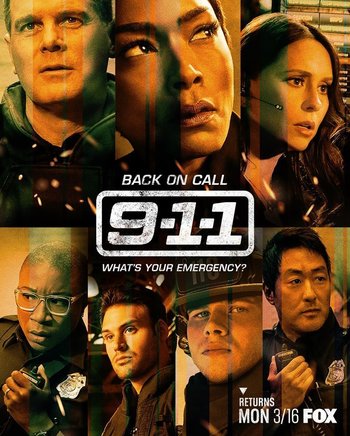 9-1-1 is a police and rescue procedural drama created and produced by the creative trio of Ryan Murphy, Brad Falchuk, and Tim Minear (known collectively for their work on American Horror Story), which premiered on Fox on January 3rd, 2018.

Not to be confused with Rescue 911, a series re-enacting a variety of real-life emergency situations, which ran from 1989 to 1996.

It has a character sheet and a recap page. Tropers are encouraged to contribute.