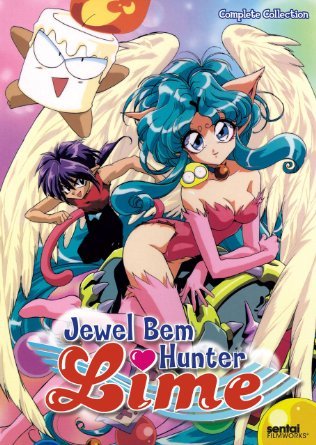 Jewel BEM Hunter Lime is a 3-episode Magical Girl OVA from 1996 adapted from a 1993 PC game series with the same name. The story begins when two denizens of the magical world, Lime and Bass, are chasing a demon who has stolen six power gems. They botch the job and allow the demon to escape into the human world where he accidentally scatters the gems over the city below. It's now up to Lime and Bass to track down the gems before they transform into monsters and start causing trouble for the inhabitants of the human world.