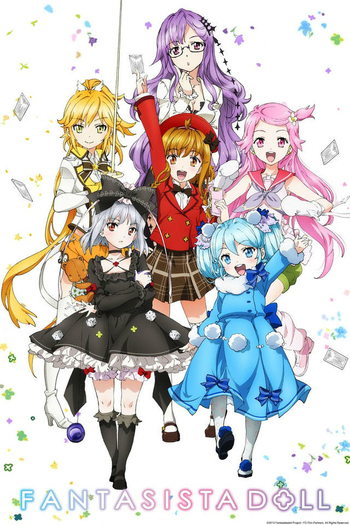 Fantasista Doll is an Anime First airing in the summer of 2013.

A middle schooler named Uzume Uno, once a champion of a card tournament, is given a magical cellphone that doubles as a card holder. It comes with five cards, each containing a Magical Girl called a "doll" who fights for their given master (in this case, Uzume). As a master, she has to battle other card masters, many with quite foreboding intentions. Also used are outfits which the dolls use for combat, and trap cards, which act as either attacks or diversions to help the users.