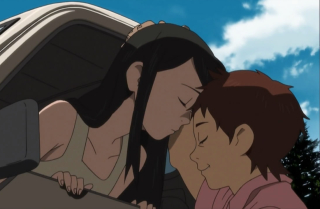 Sora Suzuki is a 16-year old girl who lives with her mother in the countryside near Biei, a town In Japan's northern island of Hokkaido, known for its vistas of green trees, fields and hills. She has the ability to use magic, which seems to be something quite ordinary in the setting of the story. She heads for Tokyo to attend an internship, which prepares her to become an officially recognized mage. After attaining her title, she plans to carry out the request of her deceased father.

In Tokyo she makes new friends and gathers new experiences, meanwhile leaving a big impression on most everyone she meets.

Someday's Dreamers II: Sora, (also known as Someday's Dreamers II ~Summer Skies~ and Mahou Tsukai Ni Taisetsu Na Koto ~Natsu no Sora~ in Japan) is the sequel to Someday's Dreamers, dealing with the same basic premise of a magical internship, but with totally different characters and storyline. The anime series is based on the manga by Norie Yamada and Kumichi Yoshizuki, running for 12 episodes in 2008, produced by Hal Film Maker.