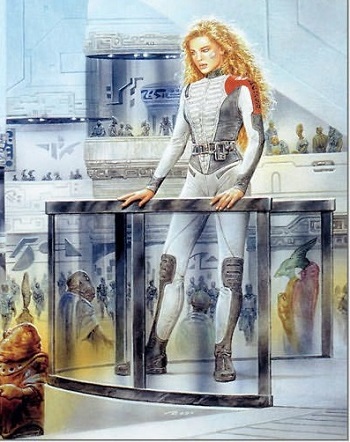 Sira di Sarc, from the cover

◊ of To Trade the Stars, by Luis Royo.

The Clan Chronicles is a series of science fiction novels by Canadian author Julie E. Czerneda, revolving around a race of Telepathic Spacemen called the Clan.

The series currently consists of six books in two trilogies. In order of publication:

Unrelated to the genetically-engineered Proud Warrior Race from BattleTech and MechWarrior.

The Clan Chronicles provide examples of: