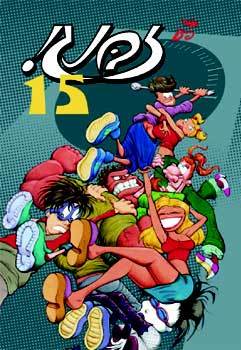 Zbeng! (זבנג!) is probably the most notable Israeli comic, by cartoonist Uri Fink. Per wikipedia: "The plot of the series focuses on the everyday life of an average Israeli adolescent, Gal Tichon, and his classmates at a fictional Israeli high school located in Gush Dan. The plot usually focuses in a humorous way on adolescent experiences as well as lampooning Israeli culture, society, and many aspects of the human condition. The characters' exaggerated personality traits are all based on common stereotypes (the geek, the bully, the queen bee, the evil teacher, etc)".