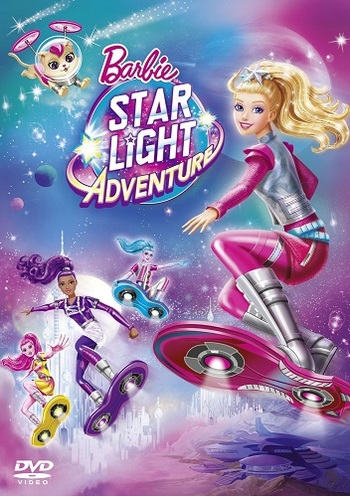 Barbie: Star Light Adventure is a Barbie movie that was released on August 29, 2016.

Barbie lives with her father and her flying pet, Pupcorn, on the idyllic planet of Para-Den. Using her ability to move things with her mind, she lives happily, until one day the stars across the galaxy begin to flicker and fade. If nothing is done, the stars will go out for good, and Barbie is recruited by King Constantine to help reignite the stars before it's too late.

Joined by the champion hoverboarder Sal-Lee, the expert pilot Leo, and the psychic twins Kareena and Sheena, Barbie must learn to work with others, when to stand up for herself, and when to not make assumptions before the stars go out for good.