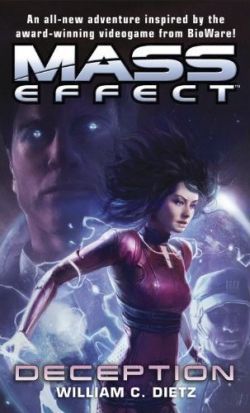 Mass Effect: Deception is a novel written by William C. Dietz set in the Mass Effect universe. It chronicles Gillian Grayson's attempt to avenge her father's death at the hands of Cerberus in Mass Effect: Retribution.
Advertisement:

The novel is the only Mass Effect book to not be written by Drew Karpyshyn and contains many continuity errors.