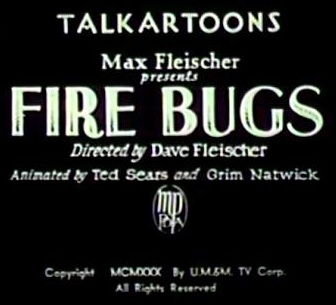 Talkartoons is the name of a series of 42 animated cartoons produced by Fleischer Studios and distributed by Paramount Pictures between 1929 and 1932. It is a sister series to the Fleischer's successful Screen Songs cartoons. Betty Boop got her start in this series, which quickly made her the star of them and, circa 1932, became Betty's own standalone series altogether.

, courtesy of The Other Wiki.