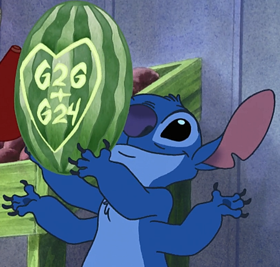 = 1250.
"Some people claim that you are to blame as much as I.
Why do y' take the trouble to bake my favorite pie?
Grantin' yer wish, I carved our initials on that tree.
Jest keep a slice of all that advice you give so free."
— Oklahoma!, "People Will Say We're in Love"
Advertisement:

This is when an older character comes across a graffito he wrote when he was young or when a younger character writes a graffito, intending to go back and look at it when he's old.

The most common form of this is childhood sweethearts carving their initials into a tree with a heart around them, hence the trope name. Alternately, the initials may be written on a wall, under an umbrella, or on some other object. Saving the tree in question is a common element of Green Aesop plots.

A variation has the graffito written by a third party as a form of visual gossip; this may also be revisited by either or both sweethearts later on.

Compare Love Doodles. Umbrella of Togetherness is a typical Japanese variant. See Kilroy Was Here for a non-romantic variation.