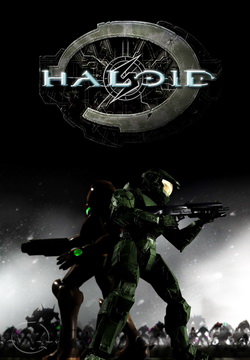 A short CGI crossover Fan Film by Monty Oum. As the title suggests, it crosses over Halo with Metroid. It consists of nothing but our favorite Power Armor-clad protagonists kicking ass (including each others') without regard for minor things like the laws of physics. It was Monty Oum's big break, securing his status as an Internet celebrity legend. Something of a rough diamond compared to his later Dead Fantasy and RWBY, it was nevertheless an impressive feat - put together in barely over two months by one man with no formal training or a budget, on his home computer. Showcasing spectacular fight scene choreography, polished visuals, a fair bit of Fanservice, explosions and a Twist Ending, it's a loving send-up to both games as well as shooters/fighting games/action movies in general.

It can be found at any of the following links: