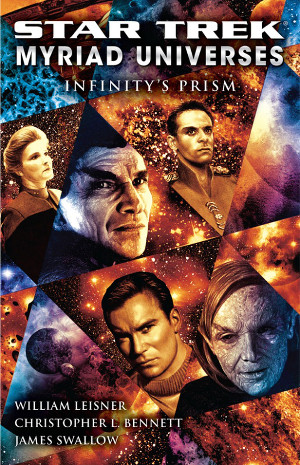 A series of short novels in the Star Trek Expanded Universe, collected in three volumes (Infinity’s Prism, Echoes and Refractions and Shattered Light). The series presents alternate histories, wherein the familiar Star Trek universe has been warped significantly. The series uses key moments of history as the springboard to create these altered timelines, presenting realities that result from different outcomes to established events.
Advertisement:

There was also a Myriad Universes comic book, The Last Generation, set in a universe where the Klingon Empire had conquered the Federation.