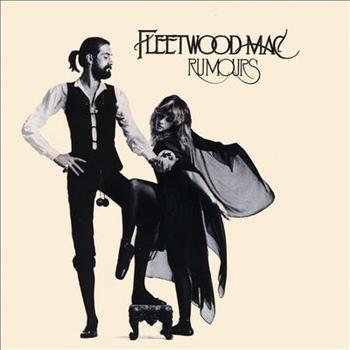 And if you don't love me now, you will never love me again
I can still hear you saying you would never break the chain
Now, here you go again
You say, you want your freedom
Well, who am I to keep you down

It's only right that you should
Play the way you feel it
But listen carefully, to the sound
Of your loneliness

Rumours is the eleventh studio album by British-American rock band Fleetwood Mac. It was released through Warner Bros. Records on 4 February 1977 in the United States, and the next week in the United Kingdom.

Riding off the smash success of their self-titled tenth album, an extensive six months of touring started to tear the band apart at the seams.

John and Christine McVie were ending their eight-year marriage. Lindsey Buckingham and Stevie Nicks had broken up with fiery animosity. And Mick Fleetwood's wife was having an affair with his best friend.note He would retaliate by having an affair with Stevie. However, the only constant that kept these bandmates together was the music they would create.

The band started producing their next album in February 1976 under the working title of Yesterday's Gone, which Buckingham took charge of to create a "pop album." He and Christine McVie laid out the foundations of many the tracks upon guitar and piano, and the band would see what worked and what didn't, splicing portions of songs onto other songs and beyond. However, cocaine and sleepless nights dragged the recording onward, where they would come in at seven at night and wouldn't record until two in the morning. All the while rumors circulated about the band breaking up, replacing members, and other scandals.

In spite of the tumultuous recording sessions, Rumours was essentially all Fleetwood Mac wanted.

Nicks' "Silver Springs" was cut in favor of "I Don't Want to Know" because the latter was shorter and jauntier. But "Silver Springs" became enormous following its inclusion in the Live Album The Dance in 1997, and was added to the album in releases from 2004 onward.

Four singles were released from the album: "Go Your Own Way", "Dreams", "Don't Stop", and "You Make Loving Fun". All four were Top-10 hits on the Billboard Hot 100, with "Dreams" being their first #1. Many other songs would become famous without singles releases, most notably "The Chain", "Second Hand News", and "Songbird".

The record won the 1978 Grammy Award for Album of the Year. An episode about the creative process behind this album was featured in the documentary TV series Classic Albums. Both the album and the song "Dreams" ended up returning to the American charts after a TikTok video was released showing someone riding a skateboard while drinking Ocean Spray cranberry juice cocktail out of the bottle. It would ultimately hit #12, the band's highest chart appearance on the Billboard Hot 100 since 1988.