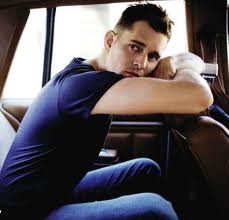 Michael Steven Bublé (pronounced Boo-Blay) (born 9 September 1975) is a Canadian Jazz/Big Band singer and occasional actor from Burnaby, B.C. Bublé is known for his easy-listening covers of popular jazz standards from the Sinatra-era, which he gives a contemporary touch. He's won 13 Junos and 4 Grammys. He sang the Spider-Man theme played during the end credits of Spider-Man 2. You might recognize him for his Canada, Eh? performance during the 2010 Winter Olympics closing ceremonies. Jazz afficianodos are not often fans, as they feel Bublé's takes on classic songs aren't purist enough, but he's won over large audiences as much with his boyish good looks, laidback charm and sense of humour as with his singing.

He is also the among the main reasons why many Canadians are willing to close an eye to the success and influence of Justin Bieber (and maybe even Céline Dion before that).

He also appears to have a great sense of humor. His song Haven't Met You Yet was parodied by Bad Lip Reading. He likes it, calling BLR "evil geniuses" and saying it was his new favorite song. He also made a brief cameo on an episode of Corner Gas for the purposes of one gag, and had an entire SNL skit about him working with other pop stars.