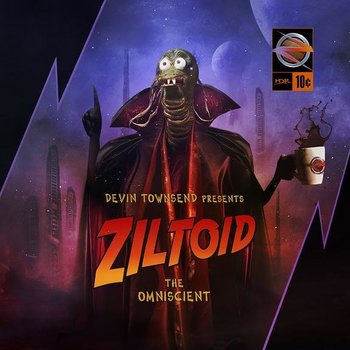 Yeeeeeeeeeeeeees
"Greetings, humans.
I'm Ziltoid, the omniscient.
I've come far from across the omniverse.
You shall fetch me your universe's ultimate cup of coffee: black.
You have five Earth minutes.
Make it perfect!"

Ziltoid the Omniscient is the tenth studio album by Devin Townsend.

The album is a concept album about an extraterrestrial being named Ziltoid from the planet Ziltoidia 9. Ziltoid travels to Earth in search of "your universe's ultimate cup of coffee". Townsend describes the album as a mix between Strapping Young Lad and The Devin Townsend Band, with a storyline like that of Punky Brüster's Cooked on Phonics. This album is also what made Devin decide to continue his career as a musician since, prior to this, he was going to leave music and become a puppeteer.

Received a much anticipated sequel in 2014.

Ziltoid commands you to read his tropes!