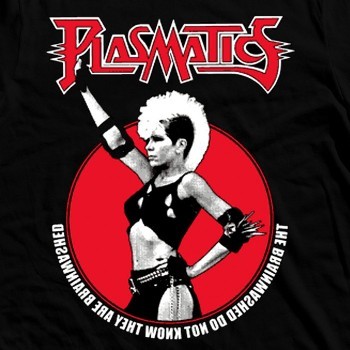 The Plasmatics were a notorious American Punk Rock band, notorious for breaking countless taboos because of their vandalizing stage acts, which even included chainsaws and sexual simulation by their sometimes semi nude lead singer Wendy O. Williams. The band was arrested several times because of public indecency. In 1981 their stage performance in Milwaukee led to the arrest of Wendy O. on charges of indecency, after reportedly "simulating masturbation with a sledge hammer in front of an audience". After resisting being searched she was thrown to the ground and she and her band members were beaten severely. The obscenity charges always led to to the band being acquitted, but made them more infamous.

The Plasmatics' work provides examples of: