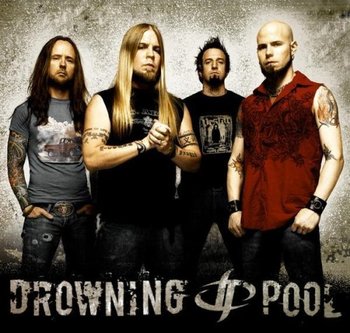 Dave Williams died in his sleep on his tour bus in 2002. The autopsy results revealed that he had cardiomyopathy, a heart disease. He was initially replaced by Jason Jones, who left in 2003 to be replaced by Ryan McCombs. McCombs, in turn, left in 2011 for a reformation of his old band SOiL. The band's current vocalist is Jasen Moreno.

Drowning Pool is one of a very, very small number of groups in any genre to A) continue after the death of a singer and B) continue on with not one, but two replacement singers, which means a different vocalist for each of their first three albums.