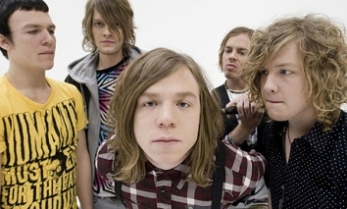 You just know they are up to no good...
Cage The Elephant is an American Alternative Rock band from Bowling Green, Kentucky. Since their founding in 2006 (as an offshoot of Perfect Confusion, a band in which many of the members previously played), Cage The Elephant has gained popularity in the US and UK indie scenes for their energetic sound and live performances. Their sound is a blend of Punk Rock and Blues Rock and they are often classified as part of the 2000s garage rock revival. The band came to prominence with their hit single "Ain't No Rest For The Wicked" (used as the title music in Borderlands), and have followed up with several more.