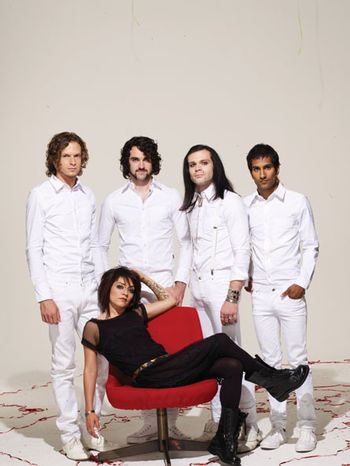 The band has released four albums so far:

The band is currently inactive, having gone quiet since the departure of Kristen May in 2016.

Some tropes embodied by the band and their work are: