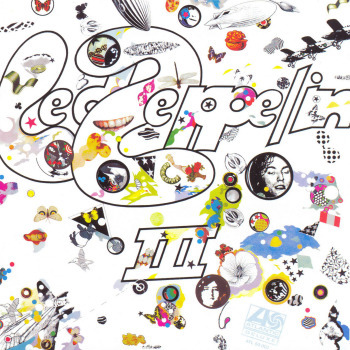 This should be an animated GIF, but we don't think the site allows those.
Advertisement:

Led Zeppelin III is the third studio album by Led Zeppelin, released in 1970. The record is best known for the songs "Immigrant Song" and "Since I've Been Loving You".

At the time it got such bad reviews that the band members decided to give their next album from the following year, Led Zeppelin IV no indication of what their band name, album title or serial number were on the cover. That way critics and fans could judge the record on their own merits, without automatically being prejudiced in disliking it because it was made by them.

Since I've Been Troping You: