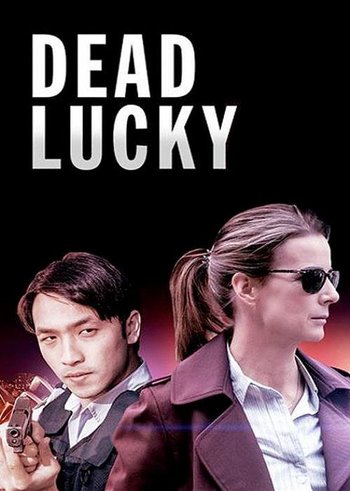 Dead Lucky is a 2018 Australia TV drama series that aired on SBS with four episodes. It stars Rachel Griffiths and Yoson An in the leading roles. It was one of three shows commissioned by the network in 2017 alongside Sunshine and Safe Harbour. Outside Australia, Sundance Now is responsible for airing the show in North America, the UK and Ireland and in German-speaking parts of Europe.

Grace Gibbs, a plainclothes officer with the New South Wales Police Force, is haunted by the loss of her junior officer Constable Lincoln Tassoni when Corey Baxter ran him over in a bid to escape from a manhunt. She's in anger management and some of the NSW officers don't have a lot of trust in her, including Lincoln's wife Anna Jamieson. She's later partnered up with Charlie Fung, a first-generation Chinese-Australian police officer who was recommended to be a plainclothes officer.

The two get to a rough start, mostly due to Grace trying to nail Baxter while Charlie was chosen over Anna, who wants to continue Lincoln's work in the force while struggling with the expectations of his Chinese immigrant parents.

As they continue to work, they investigate a case that has an armed robbery scare the life of an Iranian student working part-time that it may have a connection with a missing woman, a small organized crime ring in Melbourne's Chinatown after a Chinese student disappears and Baxter surfaces to kidnap a woman and her child.