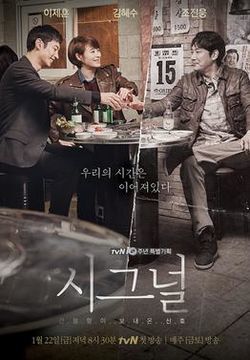 The story revolves around Lt. Park Hae-young, a profiler who hates cops after they ignored what he had to say regarding two criminal cases during his childhood. One of them was the kidnapping and murder of a classmate, an event that he witnessed and tried to inform the authorities of, but was ignored. As the statute of limitations of the kidnapping case comes close, Lt. Park discovers an old walkie-talkie, getting a message from a detective who gives crucial information with regard to catching the culprit.

After this incident, in response to the protest against the statute of limitations, the Korean government lifts that policy and a cold case squad is formed.

As he works his way around these mysteries, Lt. Park realizes that on the other end of the walkie talkie is a detective from the past named Lee Jae-han, who is missing in the present. After initial disbelief over the whole situation, the two work together in solving said cold cases by giving each other information from the past and present.

A Japanese version based on the show has aired on Fuji TV under the same title.