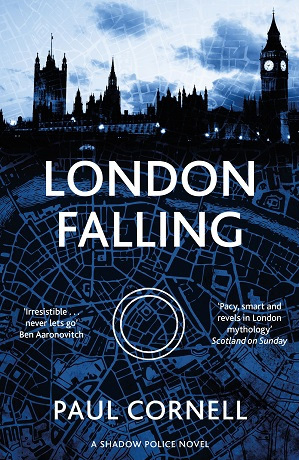 Ongoing series of Urban Fantasy Police Procedural by Paul Cornell. Four normal cops in modern London were investigating a London Gangster with an uncanny success rate... when they suddenly got cursed with True Sight. A Broken Masquerade ensued, and now they're bringing their police training to bear on London's paranormal threats as the city's Occult Detectives.