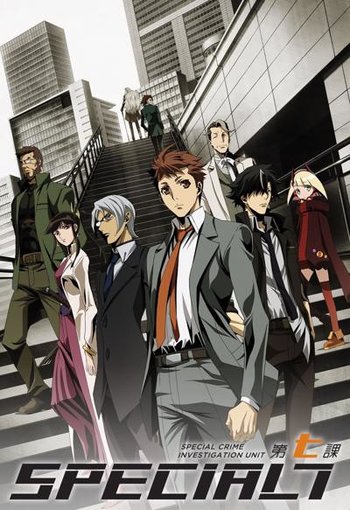 The show is animated by ANIMA&CO and airs currently on AT-X, Tokyo MX, SUN, TVA and BS Fuji in Japan when the first episode aired on October 6, 2019 under the Animeism program block. Oldcodex does the OP theme "Take on Fever" while SCREEN mode does the EP theme "One Wish". The show ran for 12 episodes.

While Muse Asia has licensed the series and is streaming the anime in English sub on their YouTube Channel, Funimation has licensed it for streaming the original Japanese version with English subtitles and an upcoming English dub track in North America while AnimeLab streams it in Australia and New Zealand. Wakanim is responsible for streaming it in Denmark, Finland, Iceland, Norway and Sweden.

The show takes place in the present day years after a mysterious group has been found responsible for a terrorist attack on an international airport hub; the event known as the Airport Attack. The only survivor is Seiji Nanatsuki, who was in middle school, when he was injured in the attack.

Meanwhile, the world has been made aware of the presence of various creatures such as dwarves, elves and vampires in an unknown event. They were able to integrate into society without any problems after being in conflict for a short time, except that some of the crimes committed today are done by those groups. To resolve this, the Tokyo Metropolitan Police Department creates a special unit to tackle special crimes known as the Special Crime Investigation Unit.

And it happens that Seiji is recruited to the unit after being involved in a hostage situation gone wrong.