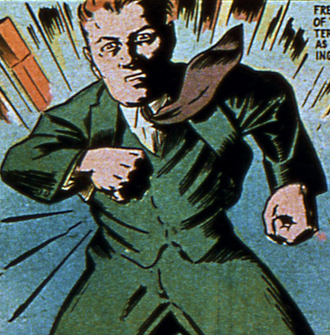 Ace Powers is a detective hero from The Golden Age of Comic Books, created by Gus Ricca and published by Lev Gleason in Silver Streak Comics #3-6. He was the head of a city's detective bureau, and spent his days encountering strange criminal masterminds.