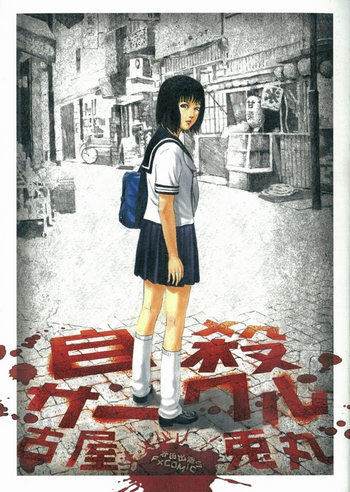 Suicide Club (自殺サークル, Jisatsu Circle) is a manga by Usamaru Furuya. It's an adaptation of the film by the same title and follows a similar premise, although its story is significantly different.
Advertisement:

After more than 50 teenage girls commit mass suicide in a train station, the sole survivor, Saya Kota, develops an odd obsession with a girl named Mitsuko. Her best friend, Kyoko, tries to understand the changes that are coming over Saya, but as Saya becomes more alien to her, she finds herself drawn into a supernatural horror that she may not be able to withstand.