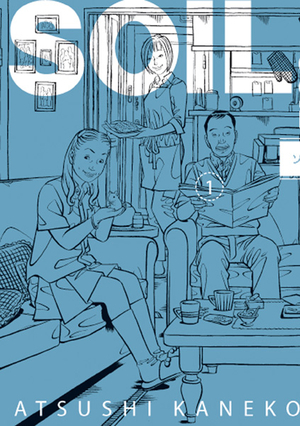 There's no such thing as 'normal people'!
— Sarg. Yokoi
Advertisement:

Soil is a mystery-horror manga by Kaneko Atsushi, which was serialized in Comic Beam from 2003 to 2010.

Something strange is going on in "Soil New Town." The sudden disappearance of a seemingly normal family leads the two detectives Yokoi and Onoda to the idyllic town in the middle of nowhere. What looks like a routine case at first quickly turns into a complex and deadly riddle where nothing is what it seems to be. Will the two disparate investigators manage to solve the mystery before it's too late?