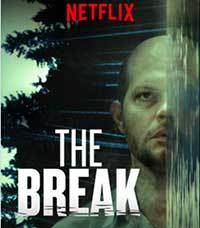 La Trêve (French: The Truce), also known as The Break on international markets, is a Franco-Belgian crime drama television series, produced by Anthony Rey and directed by Matthieu Donck. It debuted on RTBF's La Une on 21 February 2016, on France 2 on 29 August 2016, and on Netflix in the United States, United Kingdom, and Canada on 21 December 2016.
Advertisement:

The Series focuses on Police detective Yoann Peeters (Yoann Blanc), after he moves from Brussels to Heiderfeld with his daughter, Camille, following the death of his wife. Soon after he arrives, the body of a young African football player is pulled from the river, and while everyone thinks its suicide, Peeters suspects there's more to it.

In season 2, which premiered on February 9, 2019, Peeters, now retired from police work and teaching at the University of Liege, is summoned back to Heiderfeld three years after the events of the first season by Dr. Jasmina Orban (his psychiatrist from the first season) to help another client of hers, who was recently released from prison and is now being accused of murdering a wealthy baroness.

La Trêve / The Break provides examples of the following tropes: