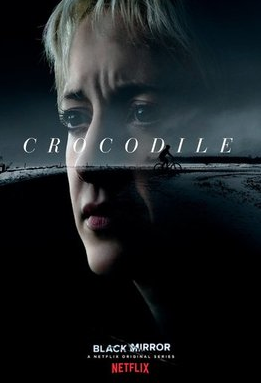 A woman investigating a traffic accident interviews various people using a device that allows her to access their memories.