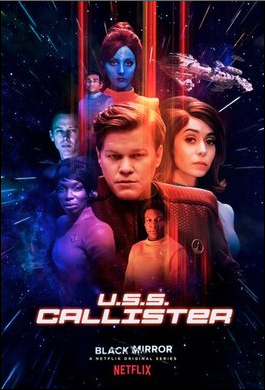 Nanette: This is a dream. ...It has to be.
Walton: It's more like an eternal waking nightmare, from which there is no escape.
Advertisement:

Capt. Robert Daly of Space Fleet presides over his crew with wisdom and courage as he battles the enemies of peace and progress across the galaxy. When a new recruit comes aboard, she soon finds that Daly is not the virtuous captain he first appears and that she's trapped in a deadly game with only one rule: Serve Daly's every whim, or face unspeakable consequences.