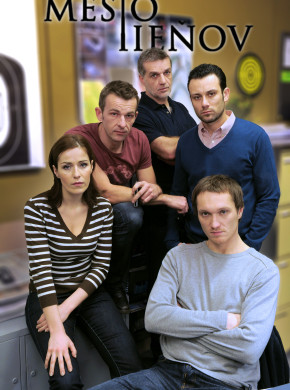 DNA Production and broadcast on TV Markíza. It's set in the capital, Bratislava, and focuses on the daily work and lives of the members of a (mildly fictionalized) homicide investigation department. The show has had two seasons. The main characters are Major Ivan Tomeček (Pavel Višňovský), First Lieutenant Tomáš Benkovský (Marián Mitaš) and the team's forensic psychologist, Jana Holíková (Soňa Norisová).

Tropes seen in this series: